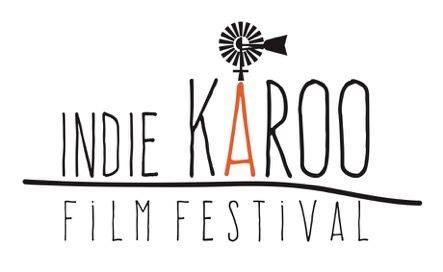 It was the second year for this film festival in the very quaint village of Prince Albert and what a fabulous weekend it was! The weather played along – and although it was cold the sun shone and there was a great vibe throughout the small town. 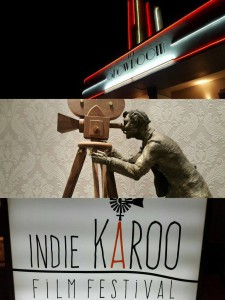 I don’t know who came up with the name (and logo) for this event, but they should be congratulated on such a clever title! It sets the tone for the professionalism of the event which was really well organised and catered for.

There’s nothing quite as indulgent as going to movies during the day – always expecting it to be dark when one emerges into the daylight. We bought weekend passes which allowed us entry into as many films as we liked over the four days and we certainly made the best use of them! Everything was shown twice so that you didn’t have to miss out on what you wanted to see if things clashed.

There were feature films, documentaries and shorts covering a whole spectrum of life and death, politics and love. A red carpet award ceremony was hosted on the Saturday night for best movies in different categories – read about the winners here. The standard of the independent films was outstanding and it makes one proud of the South African film industry.

It’s especially heartwarming to see how South African’s have “made it” into the big budget films with Gavin Hood directing Eye in The Sky (starring Helen Mirren and Alan Rickman) with our very own Prince Albert resident Johnny Breedt in the role of Production Designer. Gavin Hood was in town to do a Q&A after the first screening of Eye in the Sky and other South African producers, directors and actors could be found wandering the streets over the weekend.

From strength to strength

This film festival was Johnny’s brainchild and from a promising start last year has certainly gathered momentum – we can now look forward to this as an annual event. It’s a great concept all round and a weekend really worth leaving home for.