I have wanted to visit this island for as long as I can remember and now here I am! Swapping off-the-beaten-track South Africa, for smaller, rural places in Sicily. Only 2 weeks in (out of 4) and it’s been everything I had hoped for and more. The island has, thankfully, managed to retain its identity without the homogeneous addition of high street shops, McDonalds and the like.

We’re staying in a small town by the name of Scicli in the south west and a fabulous place from which to explore the rest of the island. There are great restaurants, beautiful Baroque architecture and it’s compact enough to be able to walk around – although the hilly streets in the midday heat are a killer! What do they say about ‘mad dogs and Englishmen’… 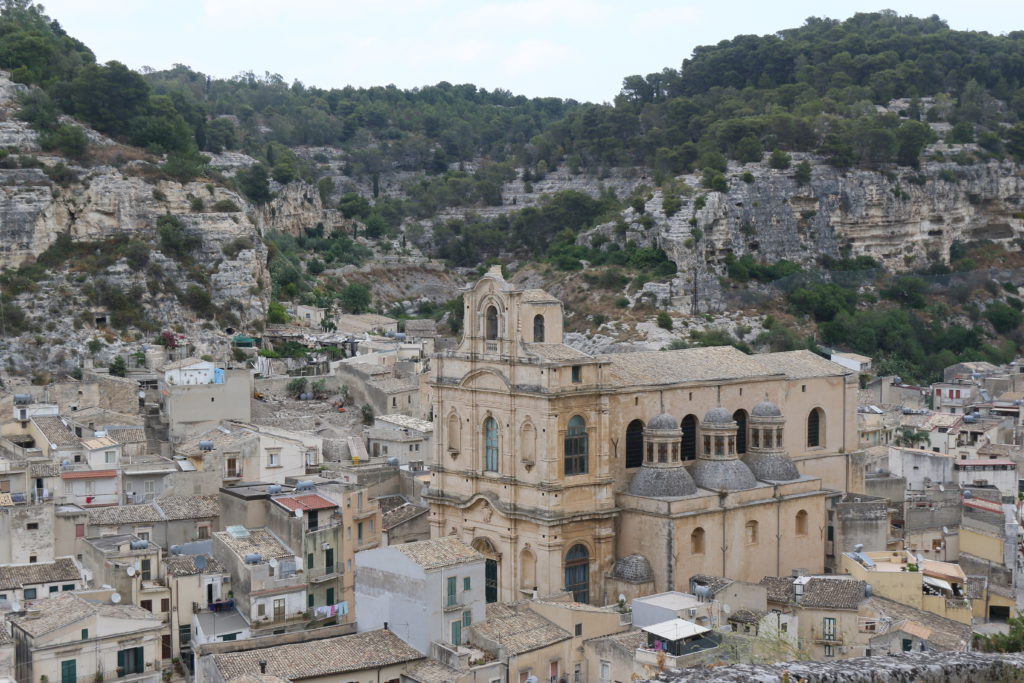 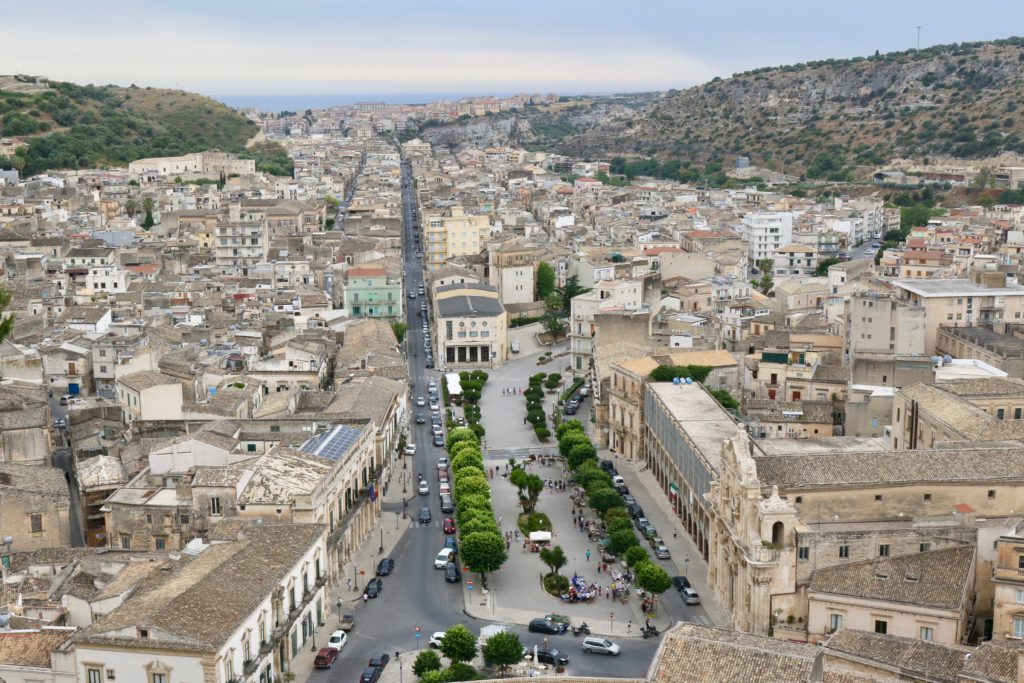 Scicli is close to the better known (and larger) towns of Modica and Ragusa which makes it all the nicer for being a bit off the tourist map and often overlooked for short stay holidays on the island. It’s only a 20 minute drive to the nearest beach on the Med – a welcome escape for when the heat becomes too stifling. Apparently in July and August the island bakes – not dissimilar to the Karoo summer back home! 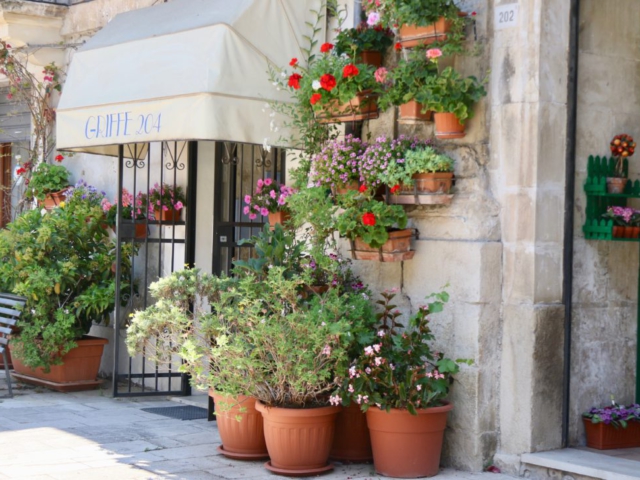 Scicli is one of the locations used for the popular Italian TV series Montalbano (adapted from the detective books by Andrea Camilleri) and now attracts fans from all over. The town has cashed in on this, offering tours of the buildings used in filming, T-shirts and memorabilia. During our stay several streets around the centre were closed for the making of a new series which caused chaos and some death defying driving through tiny streets to make our way home! 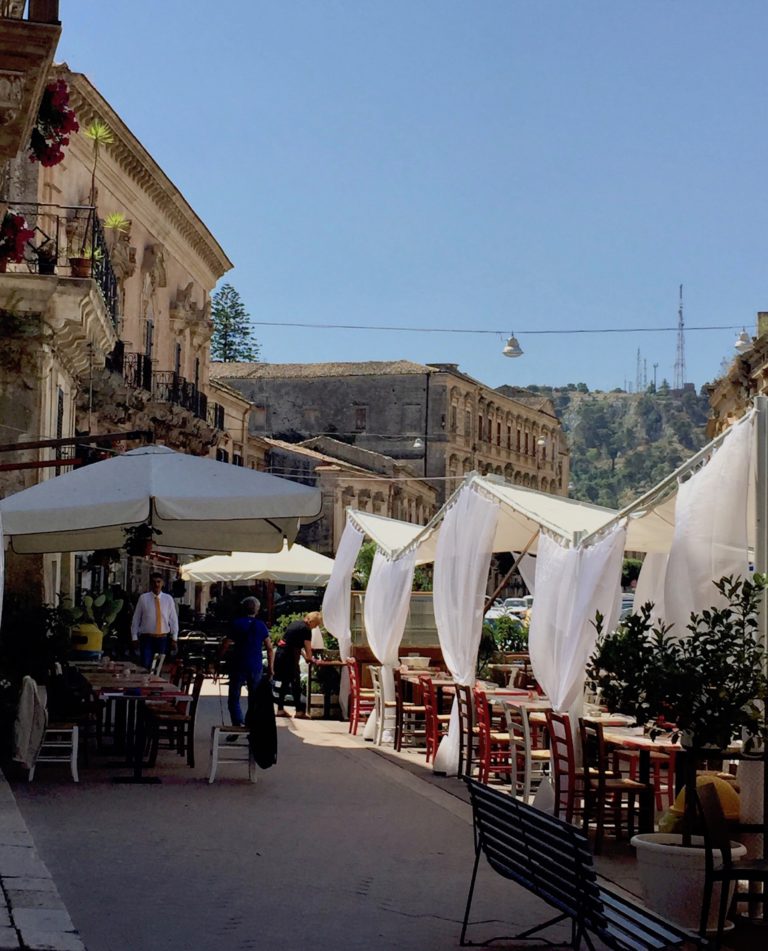 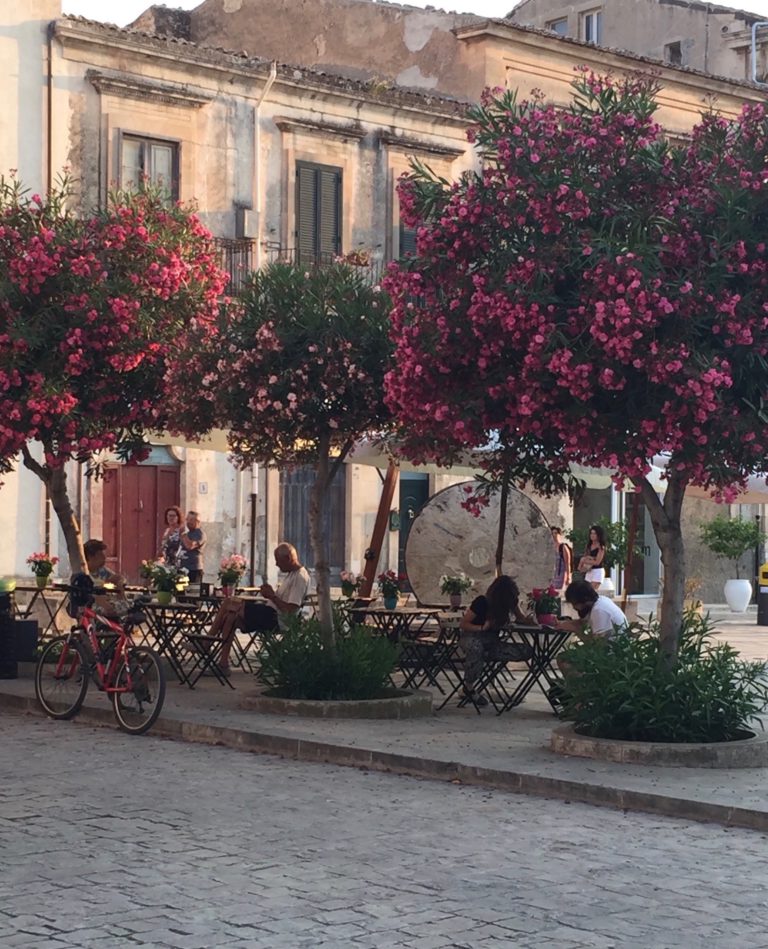 The locals have been, without exception, really friendly and helpful even when little or no English is spoken. Our Italian words and phrases have come on in leaps and bounds – especially the important ones to do with food and drink! It still appears that the smaller towns, while used to Italian tourists from the mainland, have not yet been inundated by people from other countries in turn making the rural locals less cynical and bored when playing host to foreigners. It certainly makes traveling around a pleasure. 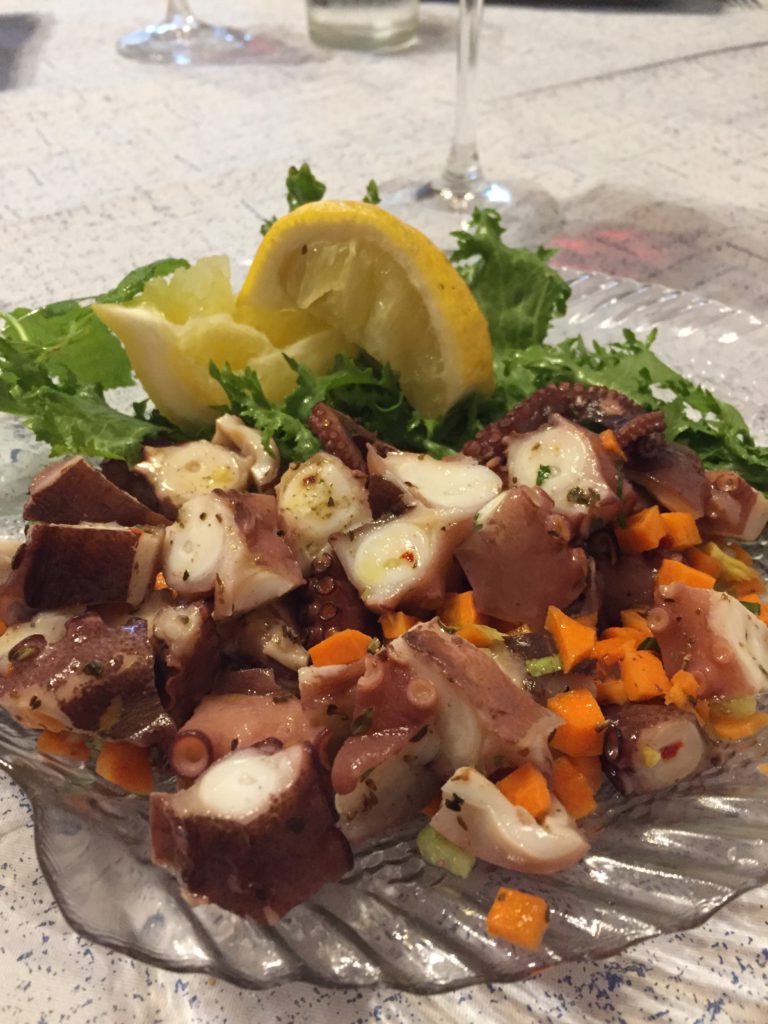 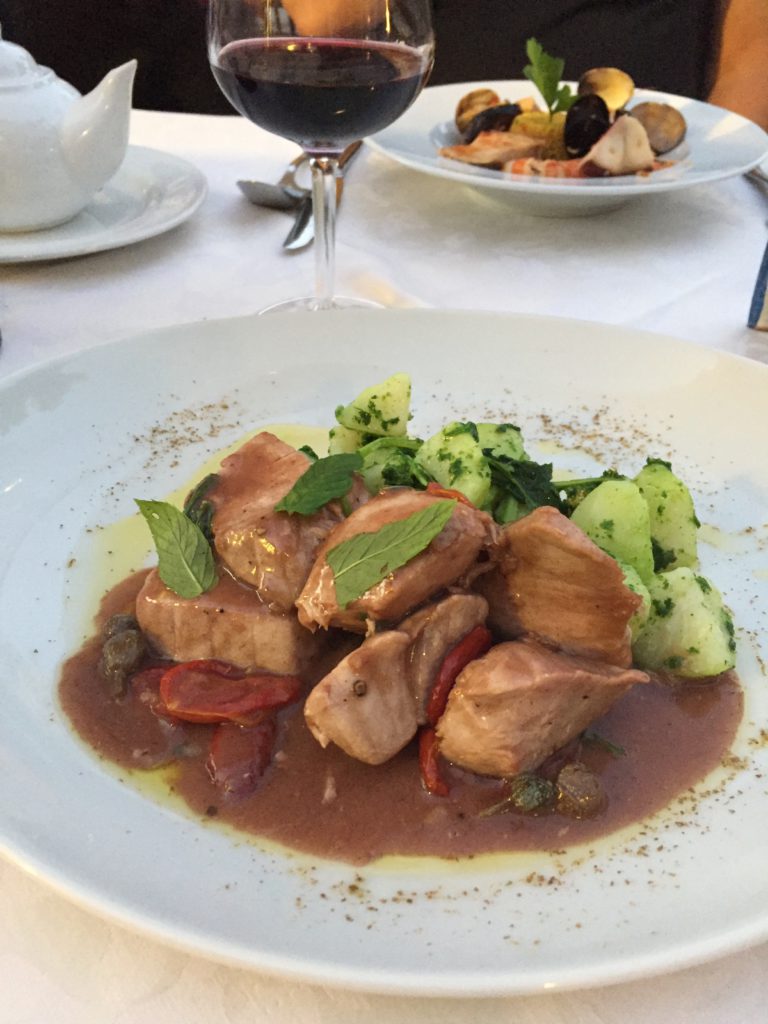 However the standard of living may have been bettered with foreign money coming in, the standard of driving leaves something to be desired. Born it seems with Formula 1 in their genes, the Sicilians drive fast and recklessly. It’s certainly not for the faint-hearted as we’ve inched our way down tiny, one-car width roads, through towns with no directions and mountainous winding roads – so far living to tell the tale! Traveling in the countryside is difficult when relying solely on public transport, so hiring a car is pretty essential for finding the smaller villages. I’m sure as the weeks go on we will be picking up Sicilian road manners and thinking nothing of driving like a local. 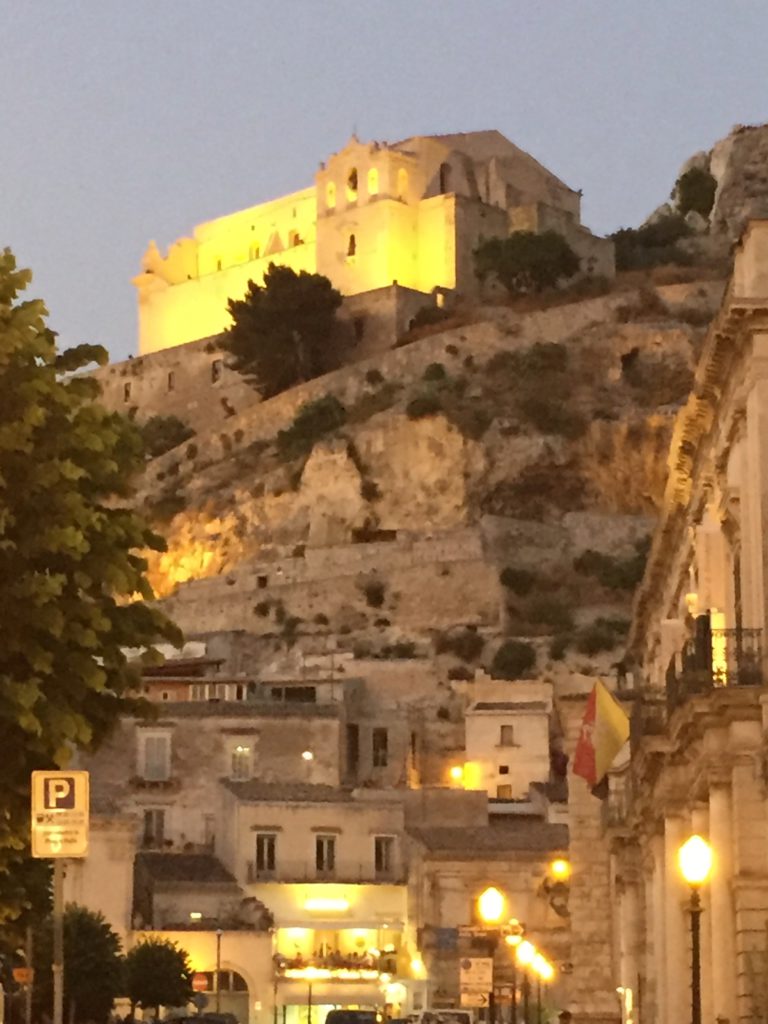 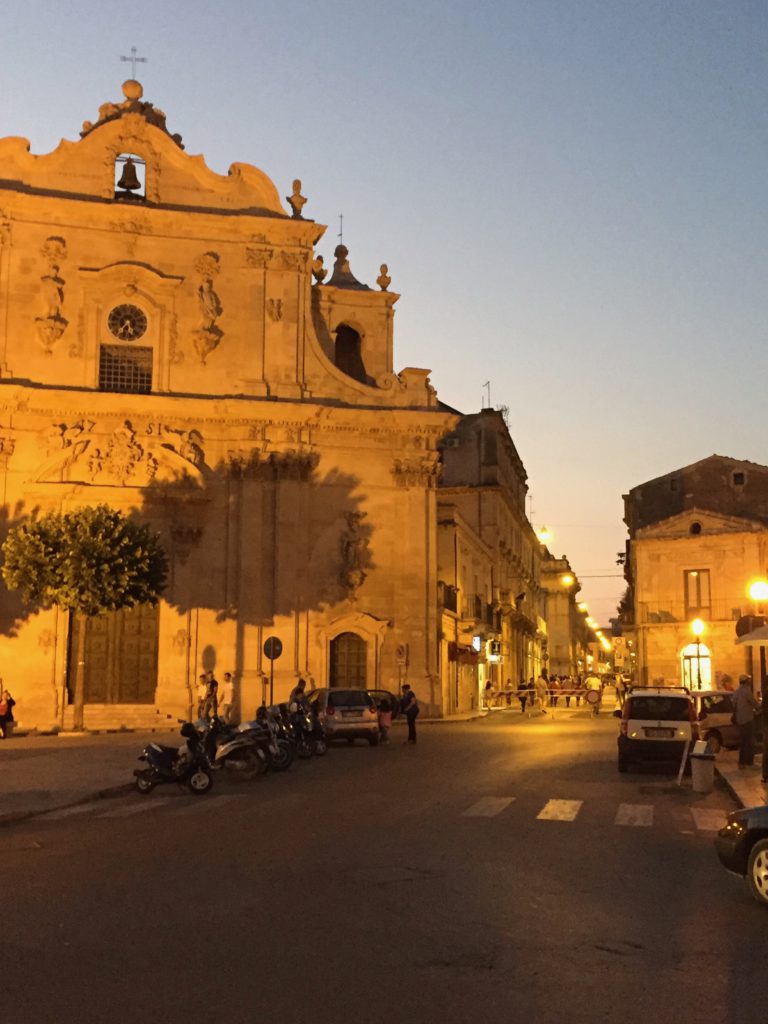 All in all the most fabulous couple of weeks, discovering the delights of Scicli and a few surrounding towns; sampling local foods and wine and hastily googling Italian phrases for use in the small fresh produce shops – however did we manage without the internet? It’s passed in what seems like a matter of minutes but joyfully there’s another two weeks for a lot more discovering to take place.

(Most of the photos by Hennie du Toit (I did ask first) – he takes way better photos than me!)