On a beautiful spring day I took a day trip into the Tsitsikamma National Park and fell in love with the South African coastline for the umpteenth time. I can’t believe that this was my first trip here having passed signs for it on numerous occasions – henceforth I will certainly be a regular visitor when I’m in the area.

There are days like these, that make you just so glad to be alive. The sun hit the waves, that were pounding the shoreline, as I walked through the indigenous forest and along the boardwalk to Storms River Mouth. 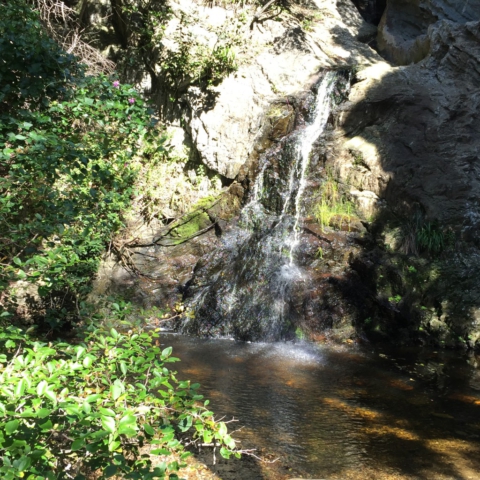 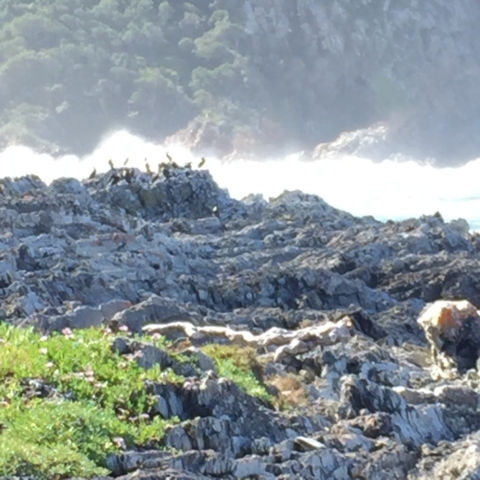 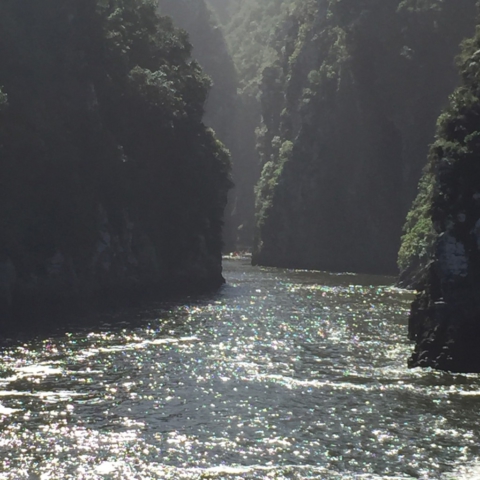 I followed all the detour paths down to the small, hidden coves and the climb back up was well worth the effort just to be alone with the sea and nature. I sat on a rock practising some of my yin yoga poses which would have had my teachers chuckling.

This after surprising a gulp of cormorants (I admit I did have to look up the collective noun) basking on a nearby rock who looked faintly embarrassed by my antics!

Once back on the main path I arrived at the suspension bridge stretching across the Indian Ocean to the river mouth. The notice said no more than 24 people allowed at any one time – I was one of only 6 others and the bridge swayed quite alarmingly, especially when two under five’s decided running up and down was a great game. Needless to say, I won’t be setting foot on it with another 20 odd people, or in high wind or rain!

It was certainly an unforgettable experience standing way out into the ocean and savouring the beautiful surrounds. 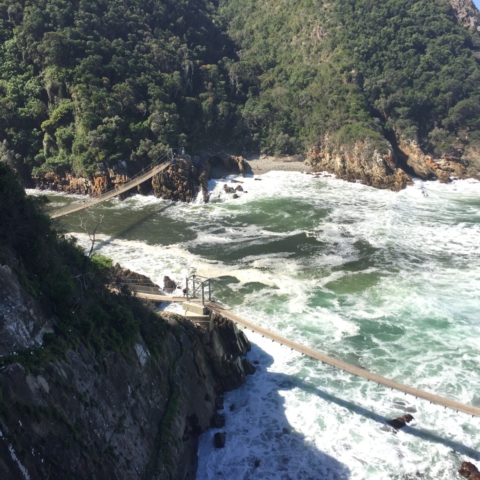 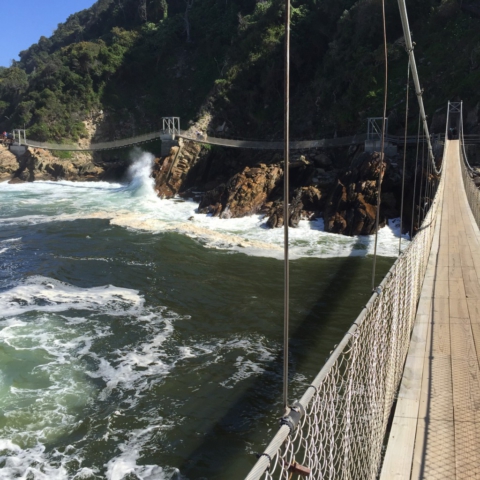 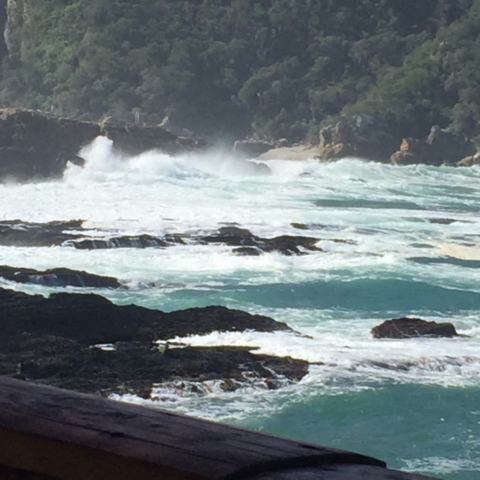 Hot and hungry, after my walk, I found a deck table at the park’s restaurant, overlooking the river mouth, and treated myself to oysters – well they were the day’s special – and a carafe of Chardonnay. Sometimes there is ultimate happiness in something so simple as contemplating the sea and indulging the senses.

It was one of those moments I didn’t want to end, but what a fabulous park and one that I hope to be revisiting soon to stay in one of the wooden chalets, built on the rocks and as close to the sea as one can be without actually swimming.

Sightings of dolphins are apparently frequent, although I didn’t see any that day, as are Southern Right Whales in season. 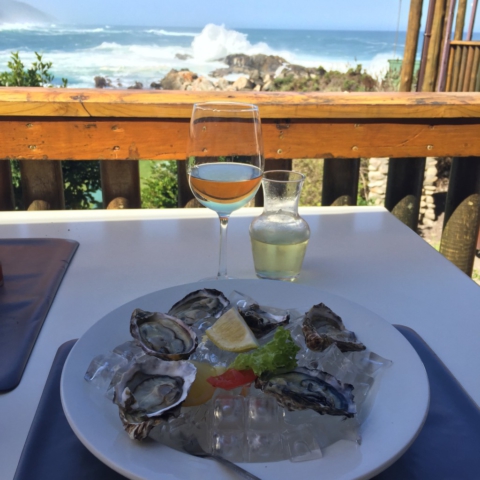 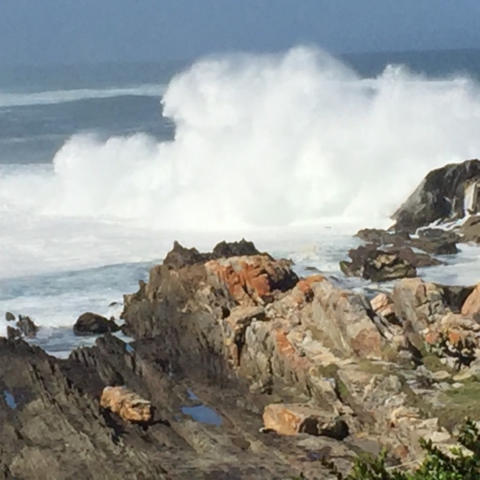 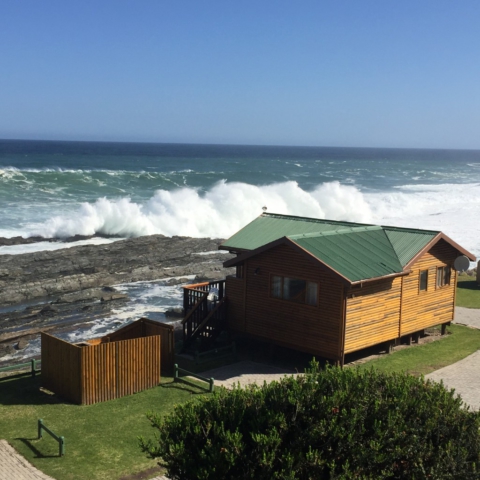 There are a number of hikes, kayaking and swimming to keep one occupied, along with the start of the 5-day Otter Trail for the more adventurous hiker (this has to be booked well in advance).

A fabulous day out that will stay in my memory for a long time and in the immortal words of Arnold Schwarzenegger – I’ll be back.